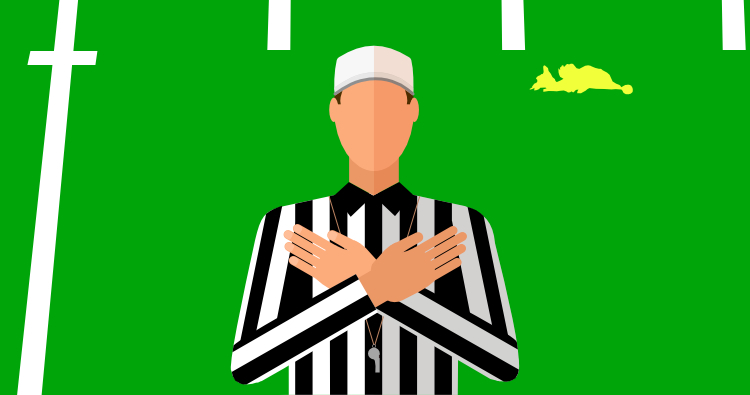 Medicare penalties can be expensive.

Most Medicare penalties last the rest of your life.

I know you’ve probably heard a lot of bits of advice about what to do so you don’t get hit with a Medicare penalty. Maybe your sister gave you a heads up. Your golfing buddies could have warned you what not to do.

But, like most things I hear from my clients and other folks I talk to about Medicare, there are a lot of half-truths and misconceptions that people have heard. Sometimes you’ve been told something that’s flat out wrong.

So, let’s clear the air here, and figure out what you really can (and can’t) be penalized for on Medicare. And, we’ll look at what you can do to avoid those penalties. Let’s look at each part of Medicare one at a time…

Get a quote on Medigap plans in your area

Almost none of you will have to worry about Part A penalties, but let’s take a look at them anyway to cover our bases.

The only way you owe a premium for Part A is if you don’t have a long enough work history where you paid taxes to Medicare out of your paycheck. As long as you’ve paid Medicare taxes for 10 years (40 quarters) or more, you’re entitled to premium-free Part A. Sometimes you can even get premium-free Part A based on your spouse’s work history.

If you owe a premium for Part A, and don’t sign up for Part A when you’re first eligible, you’ll almost certainly owe a penalty when you do sign up. However, one exception is if your still covered under your, or your spouse’s, employer group health plan. But, check with Social Security and that employer’s benefits department first. See if they require you to sign up and pay for Part A while you have their plan.

The Part A penalty amount is 10%. You’d have to pay it after you sign up for Part A, and pay if for twice as long as you delayed getting Part A. Let’s look at a quick example:

Example:  Jerome kept working at 65 and didn’t sign up at all for Medicare. He retires at 68 and wants to get Medicare Parts A & B. Jerome only paid Medicare taxes for 20 quarters (5 years total) when he worked.

However, much more common is the…

Just like Part A, if you don’t sign up for Part B when you’re first eligible, you’ll likely owe a Part B late enrollment penalty. Where most people get confused is when employer coverage is part of the picture.

NOT signing up for Part B at 65 if your employer has more than 20 employees is one of my 31 tips to save money on Medicare. Interested in learning about 30 others? Get your copy of my FREE e-book "31 Ways T﻿o Save Money on Medicare"

This rule is a little different if you’re younger than 65 and entitled to Medicare because of a disability. In this case, you must sign up for Part B if the employer you’re covered through has less than 100 employees.

The Part B penalty is much steeper than that of Part A because it lasts for the rest of your life on Part B. This penalty is also 10%, but it’s 10% multiplied by the number of years you should’ve had Part B, but didn’t.

Example:  Barb kept working at 65 for a small employer with 12 employees, and didn’t sign up at all for Medicare. She retires at 70 and wants to get Medicare Parts A & B.

The Part D penalty has to do with not having “creditable” drug coverage. The following are the most common reasons you could be charged this penalty:

The Part D penalty amount is 1% multiplied by the number of months you didn’t have creditable coverage. Once you have this total penalty percentage, it’s then multiplied by the average Part D plan monthly premium amount. This average amount is actually called the “national beneficiary base premium”, which tends to go up a little bit every year.

Like the Part B penalty, the Part D late enrollment penalty (LEP) lasts for as long as you’re on Part D forever. And, even though your penalty percentage stops going up, your penalty amount will keep increasing. This is because the national beneficiary base premium tends to increase gradually over time.

Example:  Jackie decided not to get a Part D drug plan when she turned 65 in September of 2014 and enrolled in Medicare because she wasn’t taking any prescriptions. Later, in 2016 she decided to get a plan because her sister informed her of the Part D penalty.

Penalty:  Jackie’s Initial Enrollment Period was from June – December of 2014, centered around her September birth month. If she signed up during the Annual Enrollment Period in 2016, her plan would start in January of 2017. This is calculated as 24 months without coverage, multiplied by the “national base beneficiary premium” of $35.63. So her penalty is 24% x $35.63 = $8.60 (which is rounded to the nearest $0.10).

How to contest your Part D LEP

If you disagree with your LEP, you can file for what’s called a "reconsideration". Some of the reasons you can contest this LEP are you:

Want to contest your LEP?  Here is the LEP reconsideration request form.

When the Part D LEP is removed

If you became eligible for Medicare younger than 65 and did not have creditable coverage, you will be responsible for a LEP just like Medicare folks 65 and older. However, once you turn 65 your LEP is wiped out, so to speak. If you sign up for a Part D plan at this time, you won’t be responsible for any LEP.

If you have an LEP and become eligible for Extra Help, your LEP would go away. The Extra Help program is also called Low Income Subsidy (LIS). So if your income and/or financial resources fall under certain thresholds, Medicare would remove your penalty.

Want to discuss your situation with a Medicare expert? Click the button to book a FREE personal 1-on-1 consultation.

Good news! There is no Part C penalty!

Medicare Advantage (MA) Plans are also known as Part C. They are one way to provide secondary insurance to Medicare Parts A & B. So, enrolling in these plans is not required. Therefore there is no penalty for not signing up.

You could get a Medigap policy instead of an MA plan to provide your secondary coverage. But, just like MA plans, there is no penalty for not enrolling in a Medigap plan either.

You can see that there a couple things in common with all Medicare penalties:

Hopefully now you have a pretty good idea of what you can and can’t be penalized for under Medicare. This should give you a lot more peace of mind so you can stop being so confused by all the rumors and misinformation out there. It’ll also help your pocketbook, so you can avoid these penalties, and even avoid signing up for duplicate Medicare coverage if you’re still covered through work.