Why is Your Medicare Premium Different Than Others? 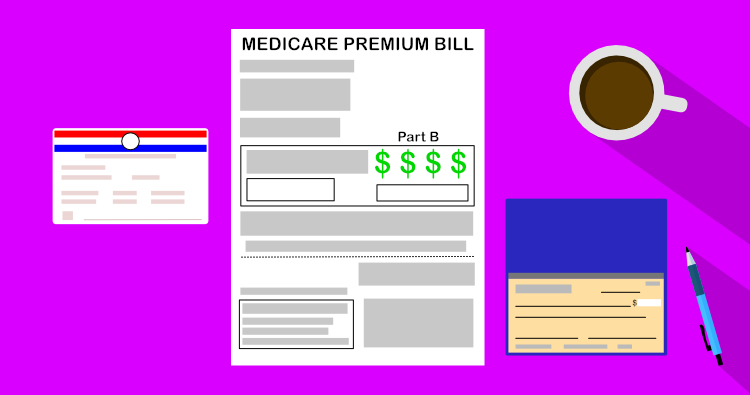 You get a bill in the mail. It’s MUCH larger than you expected.

You think, “why am I getting billed so much for Medicare?!?"

You’re getting Medicare for the first time, so naturally you’ve been asking some of your friends, siblings, cousins, etc. what to expect. Most of them tell you they pay a little over $100 per month for Medicare and it gets taken right out of their Social Security check.

Well, you’re not drawing Social Security income yet, so you’ve been waiting for a bill in the mail. It comes and it’s for almost over $800!

There are a few things going on here why your bill is so much. Let’s look at them one at a time…

Get a quote on Medigap plans in your area

This is the main reason that your bill is much larger than you expected. It’s true that if you are drawing Social Security, the Part B premium gets deducted each month from your check. However, when you’re not drawing income yet, you get billed for Medicare Part B for three months at a time.

You Have an Income Related Monthly Adjustment Amount (IRMAA)

For this year, 2017, you can see the IRMAA amounts in the chart below…

Managing your Modified Adjusted Gross Income and avoiding an IRMAA is one of my 31 tips to save money on Medicare. Interested in learning about 30 others? Get your copy of my FREE e-book "31 Ways T﻿o Save Money on Medicare"

But, these are just a couple reasons why you might pay a different, higher amount than other folks on Medicare. Here are a few more…

You Have a Part B Late Enrollment Penalty

If you didn’t sign up for Part B when you were first eligible for Medicare, and you didn’t have health insurance coverage through either your, or your spouse’s employer, then there’s a good chance you’ll have a Part B penalty. Even if you had coverage through an employer group plan and there were less than 20 employees working at that employer, you’ll likely have a Part B penalty.

The longer you went without Part B coverage, the larger your penalty will be.

You’re Starting Medicare Part B for the First Time

If you’re new to Medicare in 2017 (and none of the other reasons above apply to you), then your Part B premium of $134 will be taken directly out of your Social Security check. But that’s still higher than you expected, right? Well, there’s a reason for that too.

You see, there is a rule called the Hold Harmless provision that basically says your Social Security check can’t get smaller due to a Medicare premium increase. Folks new to Medicare in 2016 started paying $121.80 for Part B. So why aren’t you both paying the same amount now then? Because there was only a 0.3% increase in Social Security income this year.

Example:  Let’s look at someone who got $2,000 per month of Social Security income last year, and started Medicare in 2016. If they got a 0.3% raise, their raise was $6. So, the most their Medicare premium would be allowed to increase would be $6. That person is likely paying $127.80 for Part B this year (or close to it due to rounding). And unfortunately for that person, they didn’t see an actual increase in their check because their entire raise went toward paying more for Medicare.

So, everybody is paying a slightly different amount for Part B this year depending on what year you signed up for Medicare and how much your Social Security income amount is, even if you don’t have to pay higher amounts because of IRMAA or a penalty.

These differences in amounts will go away in years down the road as increases in Social Security checks get larger, and the Part B premium stops going up so much (or at all) for folks new to Medicare.

You Qualify for a Medicare Savings Program

If your income and/or financial resources are below certain amounts, you may qualify for one of the Medicare Savings Programs. With some of these programs, your resident state can actually pay most, or all, of your Part B premium for you.

Want to discuss your situation with a Medicare expert? Click the button to book a FREE personal 1-on-1 consultation.

So now you know more than you ever needed to about Medicare premiums, right? This article serves more as a planning tool so you can understand how much you should expect to pay for Medicare to start. But, it can also give you a good idea what kind of increases you should expect year after year. The last thing it can do is give you a heads up on a couple ways to avoid some potential big increases by avoiding penalties and adjustment amounts.

Well, one added benefit this article can give is so you can impress all of your friends with your new-found knowledge when they wonder why they pay a different amount than you.